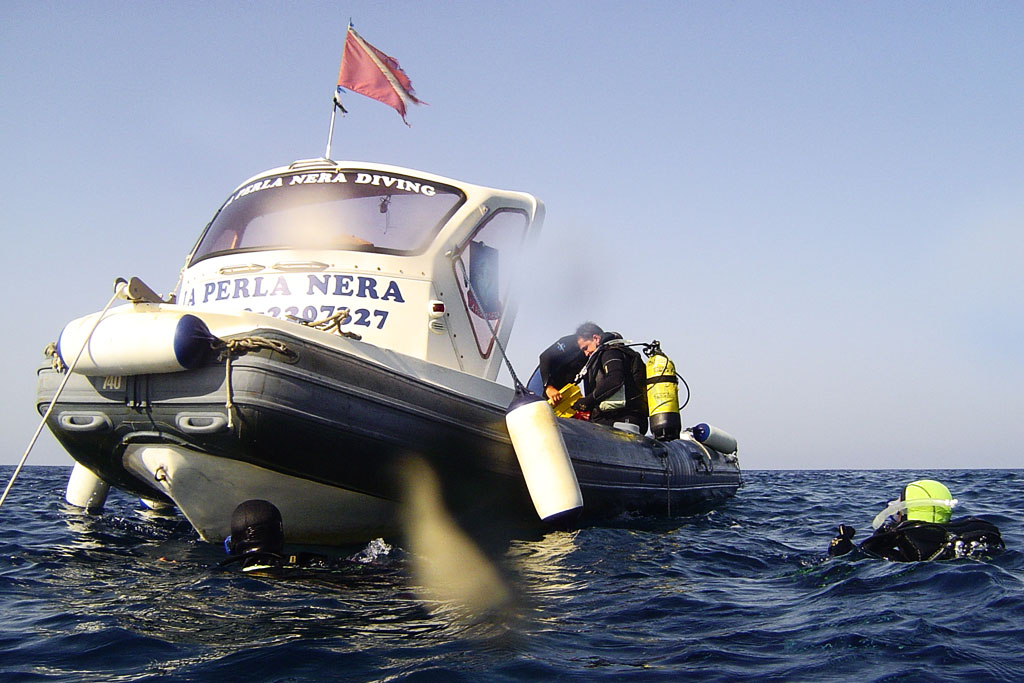 FOR THE AIR YOU BREATH 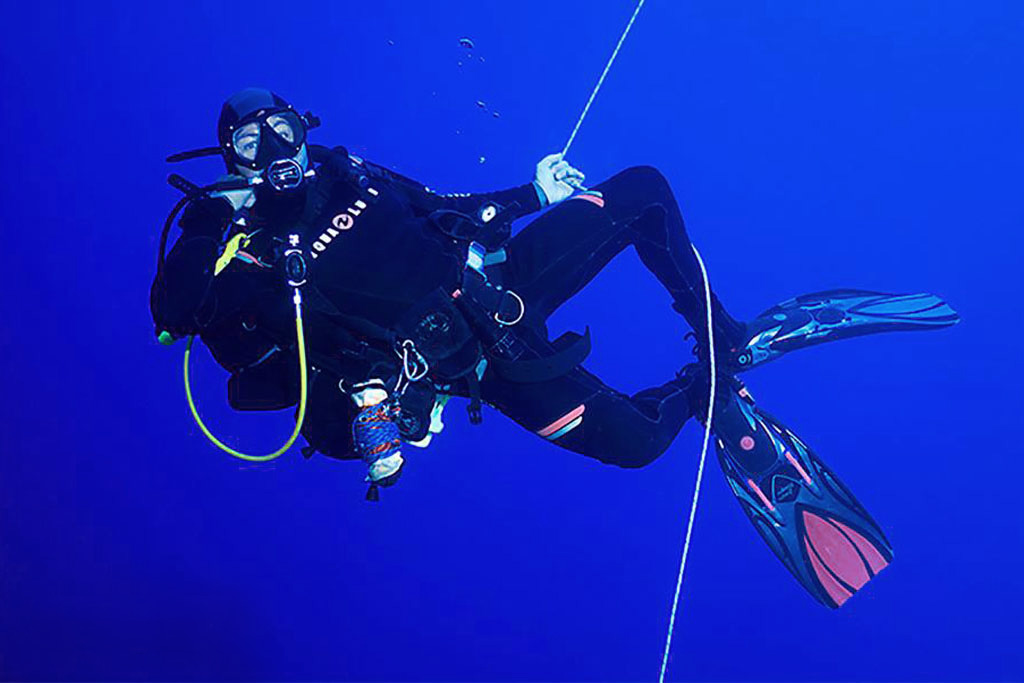 To guide you onto the most beautiful diving sites in Ustica. In its waters, you will encounter many species which coexist; groupers, tunas, snappers, sea bream, yellowtail, parrot fish, barracuda, balfish, seahorses, shrimps, lobsters and octopus.

All dives will be high in color! The walls are covered with very beautiful black corals, red gorgonians, yellow anemones, pink-fushia corals and sponges of all colours.

Established in 1999, La Perla Nera Diving Ustica was the first PADI 5 Star Dive Center on the island and managed by a PADI Course Director, the highest level attainable in diving.

For the past 20 years, we have acquired a very thorough expertise of the island’s seabed. The dive center offers the full range of PADI dive training programs up to and including instructor level.

We have Nitrox, Trimix & Air compressors. Rebreathers are more than welcome

Make your stay on Ustica unforgettable.

We will take care of everything for you; whether it is your boat tickets or booking your hotel room or an apartment, we manage all of this for you.

Only one more thing you have to do: pick the date to come diving with us! 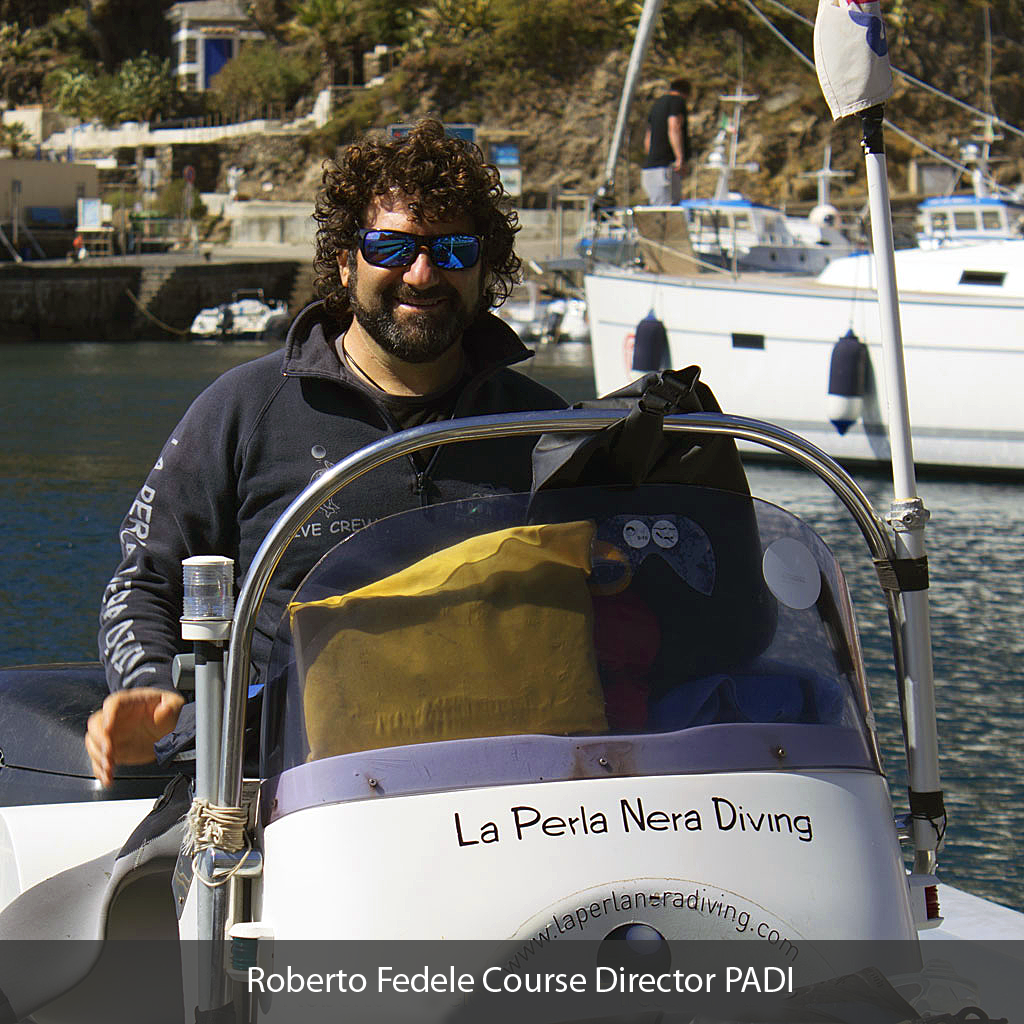 Roberto Fedele first landed, on this small rock hanging between sky and sea, in 1995 for his work as an underwater videographer for a national television channel.

Quickly, he was bewitched by the singular atmosphere that reigns on the island; colours, crystal clear waters, abundant underwater life… ! All the emotions experienced during his first visit forced him to follow his instincts… come back in 1999 to open his diving center “La Perla Nera Diving”.

During the past 20 years in Ustica, he has acquired an in-depth expertise of all diving sites. Thanks to his work, his passion, his personality, he quickly became a reference for those who wished to discover the secrets of Ustica’s seabed.

When you meet Roberto .. you don’t remain a client for long, you quickly become friends.

His motto:
“You arrive as a customer, but will leave as a friend !”

You would like to be a part of our team? You wish to complete your course and turn your passion for diving into a profession? Join La Perla Nera's team!

If you want to become a professional diver, whatever your level and experience, we offer you a PADI training course - internationally recognized certificates.

Each of our staff members is trained to follow standardised safety and emergency procedures.

We are looking for motivated people with high adaptability and good interpersonal skills.

This website uses cookies to improve your experience while you navigate through the website. Out of these, the cookies that are categorized as necessary are stored on your browser as they are essential for the working of basic functionalities of the website. We also use third-party cookies that help us analyze and understand how you use this website. These cookies will be stored in your browser only with your consent. You also have the option to opt-out of these cookies. But opting out of some of these cookies may affect your browsing experience.
Necessary Sempre abilitato
Necessary cookies are absolutely essential for the website to function properly. These cookies ensure basic functionalities and security features of the website, anonymously.
Functional
Functional cookies help to perform certain functionalities like sharing the content of the website on social media platforms, collect feedbacks, and other third-party features.
Performance
Performance cookies are used to understand and analyze the key performance indexes of the website which helps in delivering a better user experience for the visitors.
Analytics
Analytical cookies are used to understand how visitors interact with the website. These cookies help provide information on metrics the number of visitors, bounce rate, traffic source, etc.
Advertisement
Advertisement cookies are used to provide visitors with relevant ads and marketing campaigns. These cookies track visitors across websites and collect information to provide customized ads.
Others
Other uncategorized cookies are those that are being analyzed and have not been classified into a category as yet.
ACCETTA E SALVA